When we founded AppSaloon, we also started to sponsor one of the greatest events: The Arduino-jam, 48 hours of making based on the arduino platform.

Makers, creators, students, ... were invited to join for a weekend of fun in the fablab of timelab in Ghent.

Last weekend we held our 5th jam with 19 makers from all over Flanders, and even a Danish Italian joined. After a short brainstorm session, we split up in 7 teams. All with one goal: complete their project on Sunday, 5 o'clock.

After 48 hours it became clear that most of the teams set their goals too high or had too many setbacks during the weekend to finish their project.

The team of Jolien and Tom finished their high speed photography project and was chosen by almost every participant as winner of the fifth arduino jam. Congratulations from AppSaloon. They also received the  winners box with 3 raspberry pie's sponsored by JO3RI and AppSaloon. 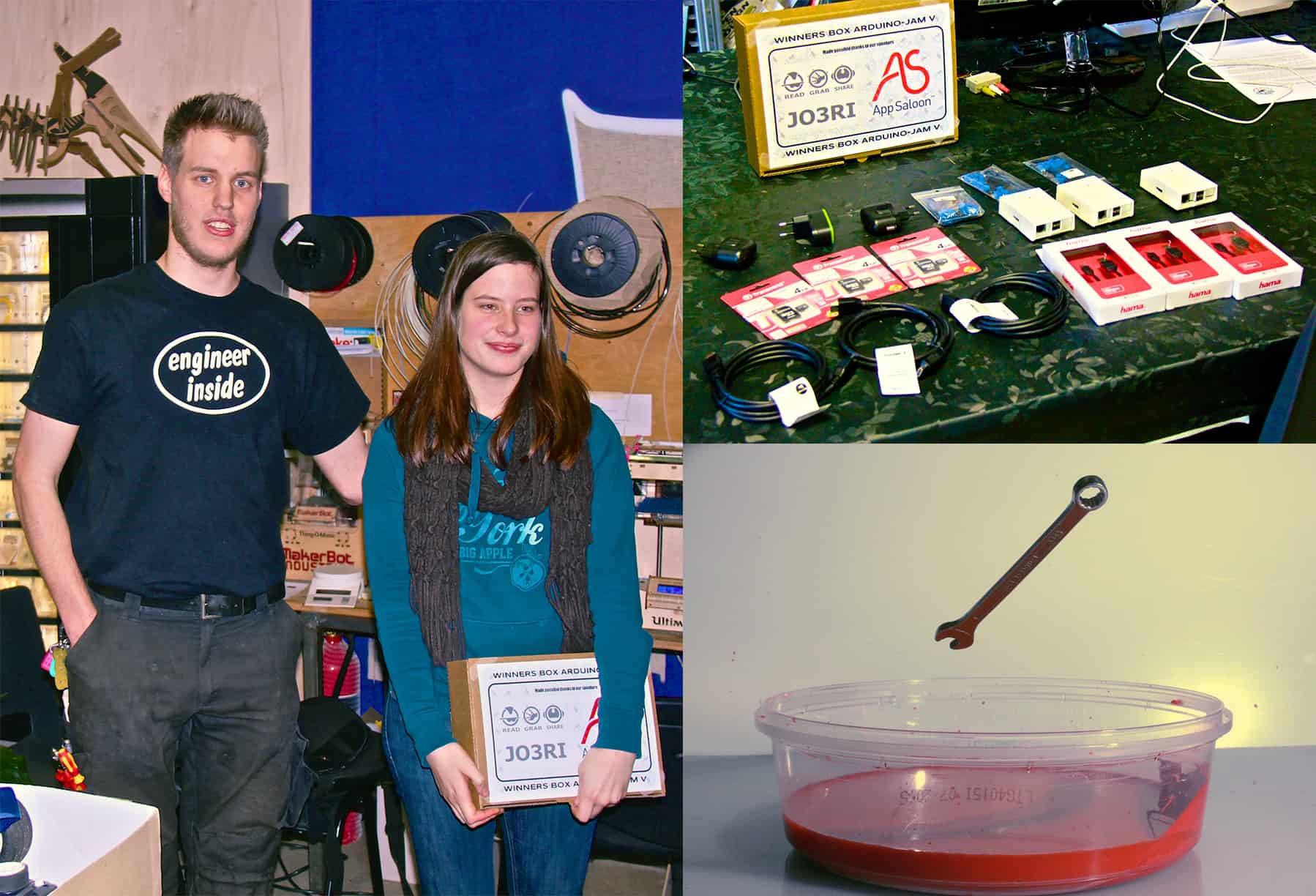 If you want to read about the other projects or the arduino-jam go to www.arduino-jam.org