For the 9th time we (Joeri, Erik and me) organised the Arduino Jam at Timelab in Ghent. Bringing 20 people together, spending a weekend creating awesome Arduino projects and having a lot of fun. We started on Friday with a brainstorm session and finished with a presentation on Sunday afternoon.

Lots of regular jammers joined: Jantje, Tom, Federico, Midas, Valerio, Jeffery. The new faces: Rob (Nl), Huong (Vietnam), Jos, Dag, Sven, Bert. A nice mix of experiences and different backgrounds, resulted in a promising brainstorm. By the end of the day, teams were created, and we started to see some partial prototypes.

Watch the movies of all the projects.

Saturday passed by as a quite relaxed day. Most of the projects were not that complex or easy to divide into small parts, which lead to less troubles on the development part.

Team “Adem” got bogged down. Later they found out that there was a problem with the softSerial library. This library was needed for the gps sensor, but created a conflict with their dust particle sensor.

People were mostly silent, bended over their electronics or laptop, focussed on getting things done. Occasionally cheers of joy sounded through the lab when small achievements would bring someone closer to their final goal.

Also happy faces during dinner thanks to our great cook Vital, who fed our hungry stomachs with delicious food.

Sunday was a joyful but quiet day. Only on the pinball team you could detect some stress. They had to implement a bunch of  little components. Time was ticking away, but they managed to add almost every feature to the table except, their coin counter.

Around 4 o'clock a nice group of visitors gathered for the presentation. All the teams did an awesome demo of their project.

In the end most of the people voted the "SoundWave Printer" as winning project. 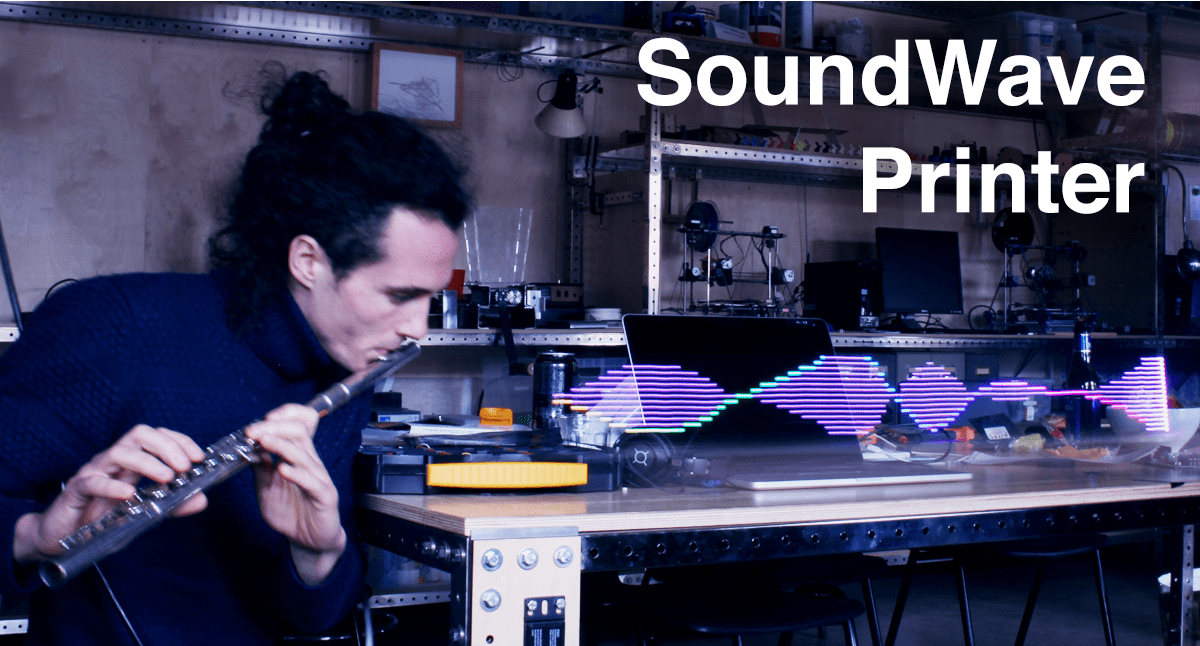