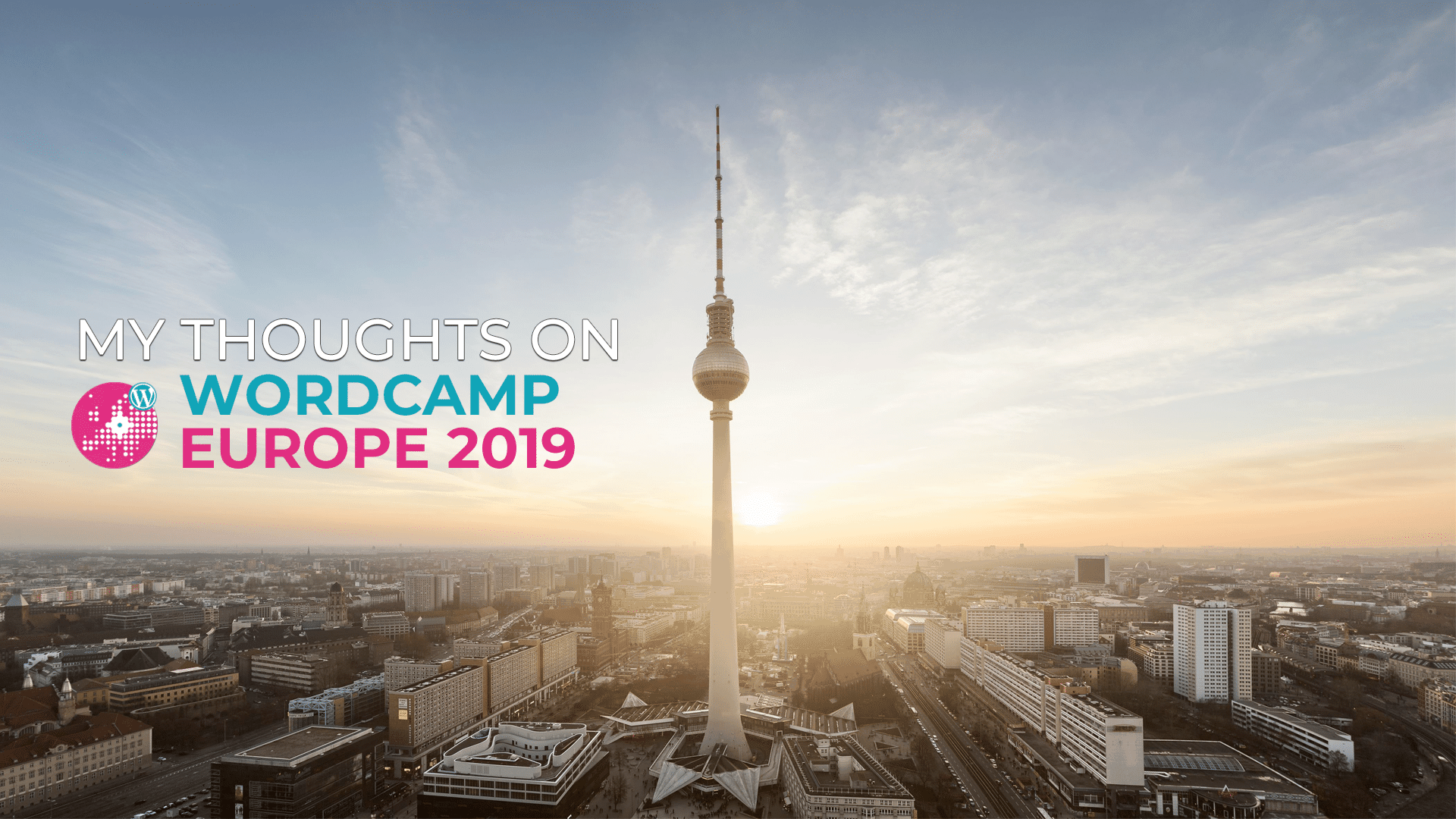 WordCamp Europe in Berlin is over and it has been amazing for me and I think for the whole AppSaloon team that accompanied me. There are some things that stood out for me and that's what I want to talk about in this post.

WordCamp started off on Thursday with Contributor Day which was really well organised. I spent my time at the design table, lead by Mark Uraine. He did an excellent job and the way he approached this made me genuinely more interested in Gutenberg than I have ever been.

If Gutenberg before, for me, was just an enhanced classic editor with no real advantages, my idea about it changed a lot after discussing it with Mark. He convinced me Gutenberg is something we can talk about, we can work on, we can have discussions about to ultimately make it into the tool we want and need. I liked it a lot!

The Estrel Hotel in Berlin with its 1125 rooms is the biggest hotel in Germany. It was the perfect venue for WordCamp. The convention areas were outstanding, it was very convenient to be able to get to your room in about 2 minutes from wherever you were at WordCamp.

I really liked the way everything was setup. The foyer in front of the big hall of Track 1 was arranged as a very well decorated sponsors lounge. The circular setup for the small sponsors room ensured the space and opportunity to talk to the sponsors that were interesting to you.

The location of the hotel in Berlin was okay, after all there are tons of transportation options in Berlin.

For me this part was a bit of a letdown. After a great start at Contributor Day, my expectations for the sessions were high, unfortunately, most of them were not my cup of tea. A lot of them felt like the speaker was just reading his powerpoint presentation, not engaging in interaction at all. The 15 minute talks were too short to really learn something, and the WordPress cafe talks were hard to hear or join. The workshops felt like a presentation ( a feeling shared by my fellow 'AppSalooners' ) more so than a workshop.

Matt on WordPress was the highlight of the whole seminar for me. Matt is a very good speaker, engaging the audience and he knows how to tell a story. His talk was mostly about Gutenberg and how they want Gutenberg to be a brand name to be used on multiple platforms not limited to WordPress. Interesting...

This made me think about the consequences of using Gutenberg. Will themes still exist or have uses? How will they handle paid blocks/styles? Overall Matt touched on some great subjects. The Envato rant, and the way he reacted, from his first audience question made me respect him even more.

The reason I want to go to the next WordCamp already.

It was a lot of fun meeting the people who are behind the services you use and see every day.

Benjamin from SEOPress ( the plugin I fell in love with recently ) , the team behind Delicious Brains , WooCommerce, Local by Flywheel, Gravity Forms, and many more. It was a blast meeting the people behind the plugins/software I use every day. Of course there were also people who I didn't know, or whose software I hadn't seen/used before.

I have many new plugins to try and some people to contact after WordCamp, it was a lot of fun meeting these people!

As a final thought I wanted to address Berlin. I never visited the city before and I assumed it would be like any other German city the likes of Hamburg, Dusseldorf, etc... Boy was I wrong.

It's by far the most intriguing European city ( after Paris of course ) I've visited before. The people, the architecture, the culture, the semi-industrial districts, the transportation ( shout out to Uber Jump which was AMAZING ), the food, ... You have to see it to experience it. Definitely needs a revisit for a city-trip.

Porto is the location of next years WordCamp Europe so if it can top Berlin, we are in for a good one!

PS: this post was written using Gutenberg and for the first time ever I am beginning to appreciate it. Thanks WordCamp EU 2019 !